Lots of young people write in with different questions about relationships, sex and their faith. Often they feel that they don't have anyone to go to for advise or they feel too embarrassed to ask. We wanted to create a space where you can ask questions anonymously and see what other young people are struggling with.

Check out the questions and answers of others below or click the 'Ask a Question' link to ask your own questions (completely anonymously) If you don't want your question shared to help others then just say in your message.

When Gay people have sex do they feel constipated?

Mostly they would find it pleasurable.

What does bisexual mean and is it permanent or can it change?

If someone is bisexual, it means they are attracted to both men and women. Lots of people are attracted to both sexes at some point in their life, however for those who know that they are truly bisexual, it is a permanent thing. Some are in happy monogamous relationships, others have lots of partners of both sexes. Some bisexuals are happily married bringing up children. Some bisexuals are single, some are celibate.

Bisexuality is about who you are attracted to, not just who you have sex with.

What’s the process of having sex to have a baby?

In many ways it is the same as having sex when you don’t intend to get pregnant, however you will need to make sure you are not using contraception or have any residual effects of long term reversible contraceptives and you may want to make sure that you are healthy and eating properly. Smoking is unhealthy for the baby, so it would be good to stop if you can.

Each month a girl or a woman produces an ovum (egg) from one of her ovaries. This egg is released into the fallopian tubes, where it travels down to the uterus (womb). If the egg is not fertilised by a man’s sperm it will come out of the uterus, through the vagina, together with the blood rich lining of the womb, in the form of a monthly period.

If a man and woman have sex then there is a chance that the egg may become fertilised. This normally happens in the fallopian tubes, the fertilised egg then travels down into the womb, where it becomes attached to the lining of the uterus and begins to grow.

Sperm are produced in the testicles. They travel up the vas deferens (tubes) and mix with the semen that is produced in the seminal vesicle. When a man ejaculates during sexual intercourse, this mixture of sperm and semen come out of the end of the penis and are released into the vagina. The sperm can then swim until they meet the egg inside the woman’s body.

Millions of sperm are released, but it only takes one sperm to fertilise an ovum. 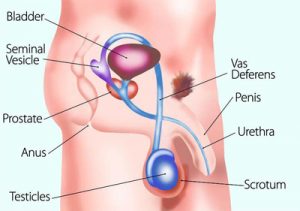 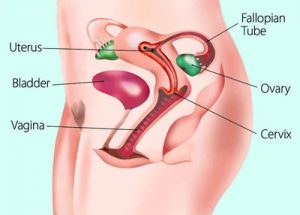 How far does the penis go into the vagina?

That depends on a number of things. How long the penis is, how big the vagina is and how hard the man pushes into the vagina. The couple need to work out what is comfortable for the pair of them, but the vagina is a very elastic part of the body and is designed to stretch to accommodate a penis as well as enlarge enough to allow a baby to be born. Aren’t bodies wonderful?!

Find out more about sex here.

If a couple have sex and then the boy leaves the girl, what can she do?

If someone decides to finish a relationship, regardless of what has happened or how much hurt it causes, there is not much the partner can do about it. Sometimes people think that the relationship is going to last forever and often feel closer to someone if they have sex, however if both partners don’t feel the same then someone is likely to get hurt. END_OF_DOCUMENT_TOKEN_TO_BE_REPLACED