The Importance of Marriage

Most major world religions maintain that marriage is the best form of relationship for bringing up children and the only place that sex should take place. Some people say that things have moved on and things are different in 21st century Britain. 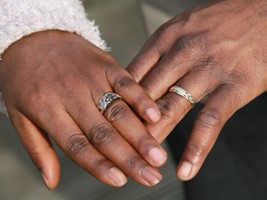 They could be right; more and more children are being born outside of marriage, there are higher numbers of divorces and step families being created as people marry for a second or third time. So does that mean that these religions are out of step and their views on marriage outdated? Far from it.

In Waite and Gallagher’s book ‘What’s So Great About Marriage?’ The authors look at the research that shows a number of facts about the advantages of marriage. Obviously this is not a true reflection for many people who have successful relationships, married or not.

They maintain that married couples are:


Married men are only half as likely to commit suicide as single men, and less likely than divorced men or widowed men.iv Married people are twice as happy with their lives. Alcohol is more likely to be a problem for single men than married men.v

Single men drink twice as much as married men, and one out of four say their drinking causes problems. Only one of seven married men says the same. One out of six single men abstains from alcohol, but one in four married men do (Miller-Tutzauer et al, 1991).

It has to be said that for those with existing mental health issues, that they are less likely to be married in the first place.

‘Why is this so? Waite and Gallagher argue that married partners look out for each others’ safety and warn each other about risks. They are also less likely to be violent with each other as they have a greater investment in the relationship. They are more integrated into a network of friends and family, and are not as isolated as a result.’

(although this is not always the case – see section on abuse. There is also a growing number of men who are victims of domestic violence).

40% of married men have sex at least twice a week, where as that was only true for 25% of single or co-habiting couples. Married couples also report higher levels of satisfaction in their sex life.

More likely to work at the relationship

Waite and Gallagher noted that when married couples decided to stay together and work at their marriage 86% said that the relationship had improved after 5 years.

So it would seem that marriage, far from being an outdated institution, is actually a common sense choice for couples who want to be happier and healthier, as well as provide a stable and loving environment to bring up children.

Are all marriages idyllic?

At this point it is important to realise that whilst in statistical terms marriage is a good thing, not all marriages are wonderful and children bought up in one parent families or in families where the couple are not married can still be happy and secure.

Sometimes within faith groups there is pressure for people, especially women, to stay in marriages where they and possibly the children are being abused. For some faith groups, there is the worry that a divorce will bring shame. (Please see the section on abuse). However for those who suffer recurrent acts of violence from a partner or where the children witness or are victims of violence and abuse, then the physical, emotional and mental wellbeing of those involved must be seriously considered and appropriate action taken to protect them.

As faith groups maybe there are things we can do to strengthen marriages. Developing a strategy for making sure marriages are strong in the first place, with some kind of preparation for marriage and then support for those in crisis. If people of faith have strong marriages that are an example then we have more credibility as we seek to foster support for the institution of marriage in our society.