Like anyone else, young people of faith will often fall short of the values they believe in – or sometimes live in active rebellion against those values.

A Christian young person tells their story. “My father was a church leader and I had decided I was going to wait for sex until I was married. But then my friends (not Christians) kept asking “Have you done it yet?” In the end I caved in and slept with my partner– even though I knew this was not going to be a long-term relationship. We broke up shortly after" 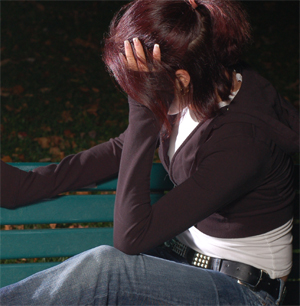 A Muslim young woman writes a year after her abortion: ‘I still regret it.  I’ve broken up with the boyfriend who encouraged me to have an abortion. Being a Muslim, my parents think I am still a virgin and are looking for a boy for me to get married to. I am not yet recovered from this abortion. I wonder how I will be able to appear like a virgin on my wedding night.’

What particular pressures do they feel that make them compromise on values that they hold in their head?

Media pressure; For example the sexualized world of much TV programming helps to set the idea that being sexually active is normal for all young people.

Professional pressure: the language used to present SRE may unwittingly add to the message that sexual activity is for now.

Peer pressure: the attitudes of the loudest in a class or friendship group are taken on by everyone, and the fear of pity or laughter in response to expression of faith values around issues of sex, leads to silence.

If young people feel they are in an unsupported minority they are more likely to go with the crowd.  The role of professionals in providing comprehensive SRE, is to challenge and defuse these pressures so that young people are able to think about what they would choose to be and do.  As that happens young people of faith will be able to reflect on and apply the teachings of their faith in a positive way.