It seemed like I had shot someone in the foot, when I told them that I had never had sex. I was 17 years old, and the looks on their faces were similar to that of someone about to fall off the precipice of the Nemesis at Alton Towers. ‘You mean, you’ve never….and you’re not going to……until you’re….?’ 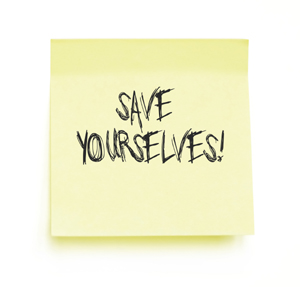 Brought up by two Baptist Ministers—and happily so, I might add—I was exposed to many hard realities most other kids had never experienced. Women who had been victims of domestic violence, crime, drugs, addictions, and sexual abuse came flooding through our doors for help and guidance.

This was the early eighties, the beginning of the AIDS fear. I’m sure my parents would have liked to have protected me at age 4 from beaten-up women bashing the doors of my home at 5 am. But the fact was, I watched, and, most importantly, I learned. My parents didn’t want me wrapped in cotton wool, and they also didn’t believe that being a Christian meant I should be somehow sheltered from the hard realities of the world or manipulated by religion.

My parents loved me very much, and I knew how lucky I was because of the many families breaking around us. But I wasn’t smug with it; I knew healthy relationships took work and respect. My father was my contraception. It’s as simple as that. Not in a “I’ll be homeless if I do it” kind of way, but more in a “oh I see, you mean you save it for THEN.” Most girls in faith families will probably know what I mean. Fathers are your first influence on what a man should or shouldn’t be.

Communication was perhaps the main reason why I stuck to my decision to delay sex. A loving, healthy relationship with my parents was the element that kept me strong and safe, especially when I was being pressured, teased, and bullied at school to have sex. Was I pressured by my parents to not have sex? No. I was advised when the best time was to do it, and that time wasn’t now. But my parents gave me the choice. In my parents’ eyes, sex wasn’t taboo or something dirty; it was special and something to be treasured. It wasn’t like a 70% discount sale at Harrods, where the first one in gets the best buys. My parents realized that sex is important, and we talked about it openly. 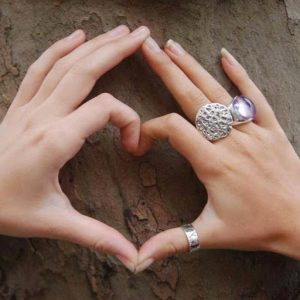 If my parents hadn’t discussed sex with me at length, whom else would I have gone to? My mates who were unable to keep condoms on without the use of rubber bands?  I was more interested in pleasing my parents and, later on, myself, than it was to please my friends.

At times, it was a lonely existence, and I was criticized for going against the grain and being somehow unique. Girls as young as 13 were doing it at school, and if you hadn’t done it by the age of 17, you were a total loser. Rumours went around the boys’ school that said, “Carrie won’t put out.” After a while, my peers grow bored of the same joke and they moved on. Certain boys would go out with me, but would find another girl once they realized I wasn’t going to put out even after six “whole” weeks.

Was I upset? Yes I was. For about 2 minutes. Then I was reminded what sex is. At this point in life, sex didn’t necessarily mean love; it meant 'experimentation.' After the reason of my faith, my second big reason for not having sex was that I knew everyone was just experimenting with sex, and I did not want my first experience to be a matter for the laboratory.

The hardest part was that I was seen as the geek, the frigid one. (For the record, frigid means that you have a lack of sexual fantasies or absence of desire for sex. Oh I had desires and fantasies alright—I just didn’t want to ‘do it’ with 17 year old boys who had only just gotten used to their own facial hair.) I was considered 'the one that has no fun.'

But the truth is I knew a lot of boring people having sex. I knew a lot of geeks having sex. I knew a lot of people certainly not having fun—especially in the bedroom, or even the luxurious location of the park bench. By 20, I was taking mates to get the morning after pill; other friends had fears of Gonorrhea and yet—somehow—I was still the loser. The number one intrigue on everyone’s lips was my abstinence, not other people’s sex lives. It became intrusive and downright rude. But I got on with it, and looked forward to my life after school.

I remember a girl who would ask me every time she bumped into me at school if I had “lost my cherry yet.” I used to reply “not yet, when I’m older, when I’m older...” She used to find this joke of hers hilarious. Thanks to Facebook, that same girl got in touch a decade later and wrote the following:

“You know what? I know I gave you a hard time at school, but you had it right, you know? You had it right. I deeply respect your choice for holding back.”

When I asked her what she meant, she replied: “To have not had sex at that time where we all thought we had it sussed, that we knew everything we needed to in life. We thought we were invincible, but these days we have the chat with our partners when we’re older and the look on the face when you tell them how many people you slept with was just…urgh.”

“Did they look at you as if you had shot them in the foot?” I asked.

“Spot on” was her reply.